This Saturday, the West Harlem Progressive Democratic Club will be hosting a Q&A for Public Advocate candidates. Harlem residents are welcome to join us and meet the candidates, and get their questions answered so they can be informed before the February election.

The event will be on January 26th at noon, held at Manhattanville Community Center, 530 West 133rd St. 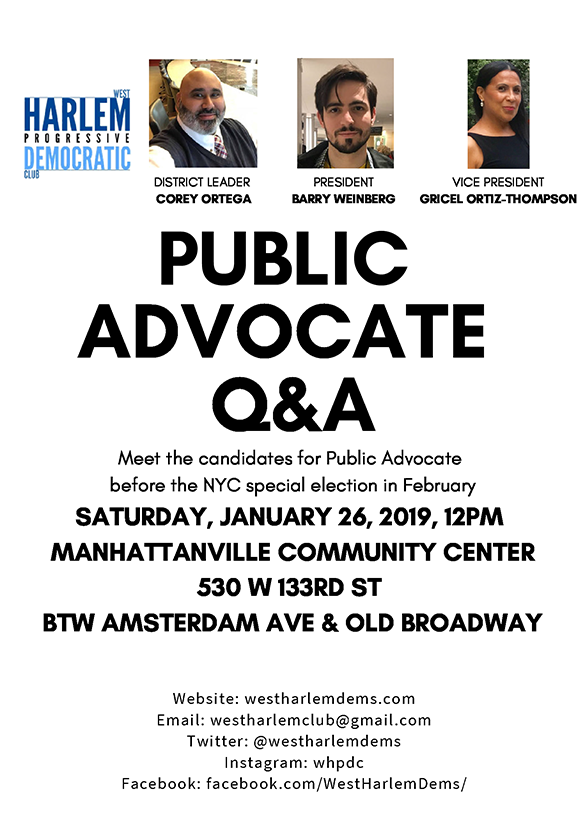