If you've strolled along West 134th street in the past week, you probably noticed some beautiful artwork -- along with flowers and clean streets, part of a beautification effort that the West Harlem Progressive Democratic Club is proud to have taken part in. 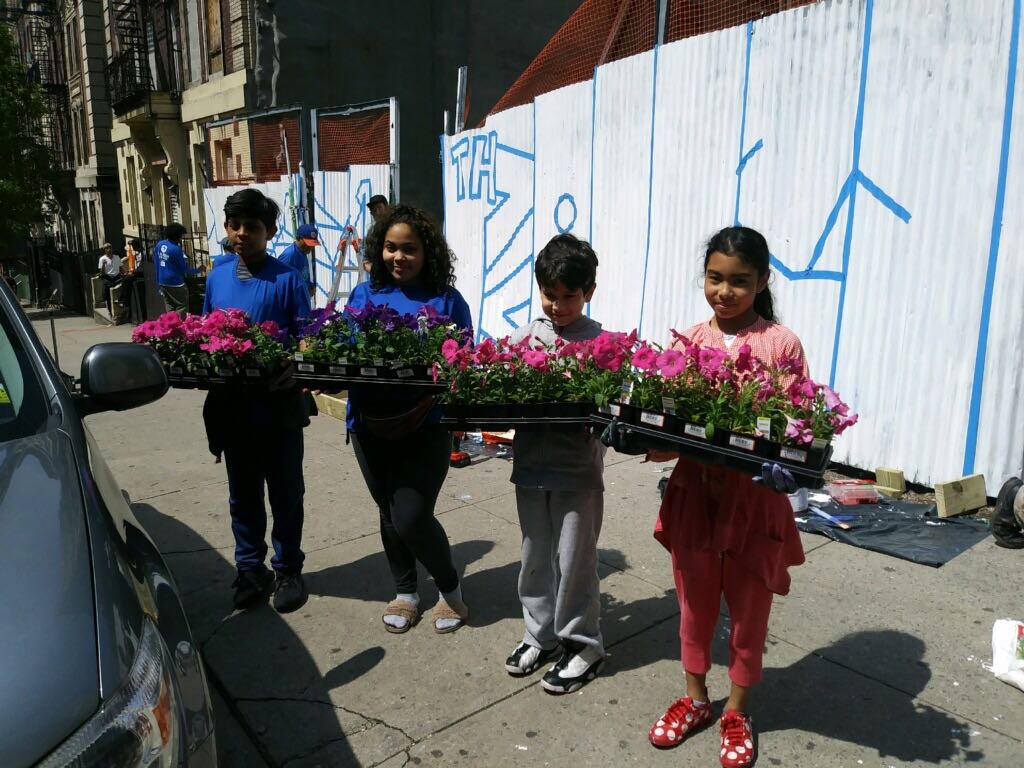 The event, in which WHPDC, the West 134th Street Block Association, The Mission Continues Harlem Platoon, and the 30th Precinct Explorers came together as part of a community response to three shootings that happened on the block earlier in the year.

"Having residents take stock of what happens on the street where they live is a strong stance against the destructive activities of drug and gun violence," says Gricel Ortiz-Thompson, the club's vice president. "Forming block associations and organizing activities which all resident can take part offers a sense of ownership. When neighbors commune to invest time, energy and labor; that type of activity empowers resident to say, 'this is where I live and this is how I want it to look and feel.'" 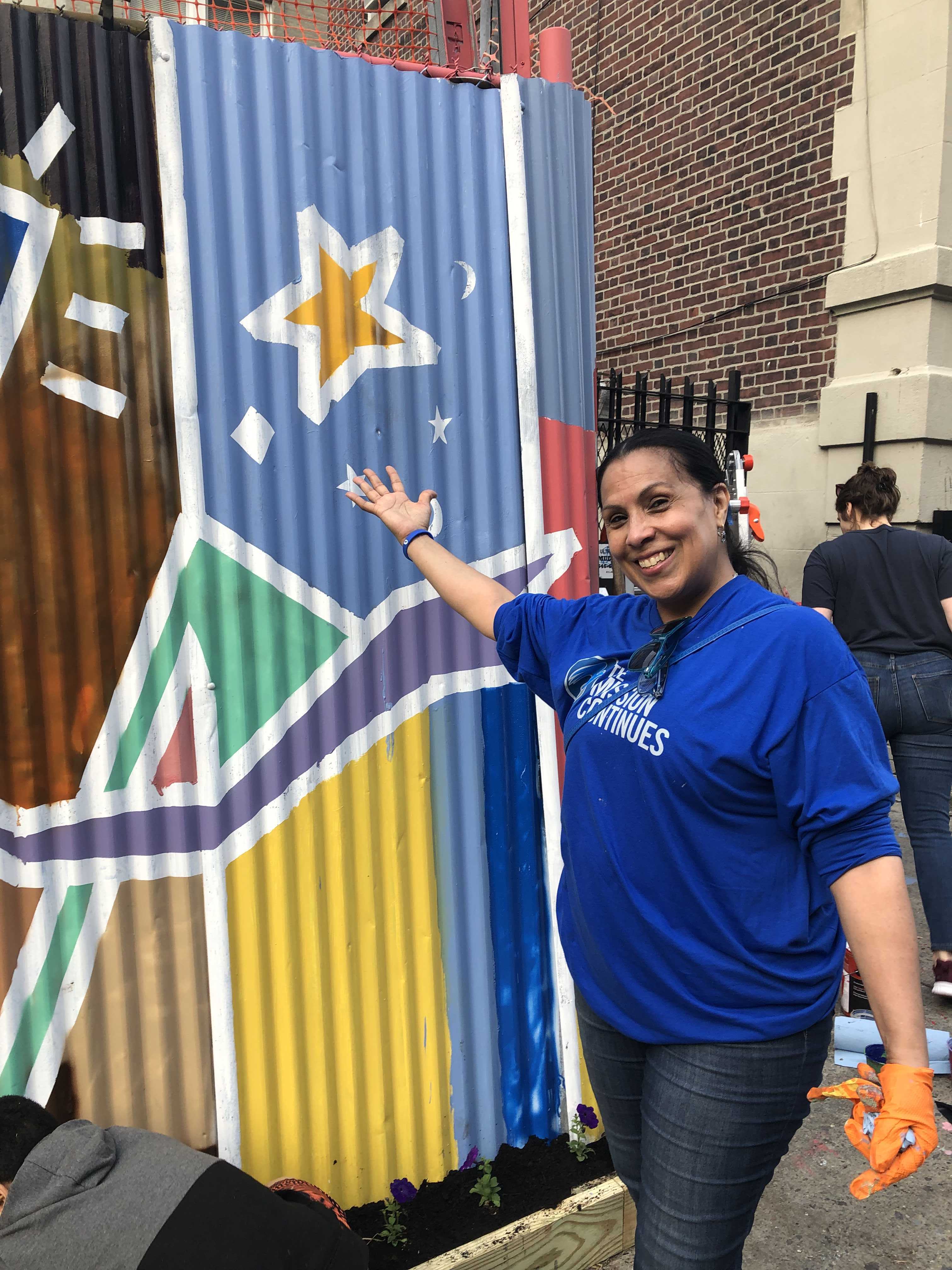 The beautification effort brought together everyone from children to grandparents to build tree beds, plant flowers, and paint efforts, with art and design led by Stefen Reed of The Children's Art Carnival. "We wanted this event to help foster relationships amongst neighbors and ensure continued communion with the upkeep and seasonal maintenance," Gricel added. "I was honored to share in the experience and although I don’t live on the block (but still live in the community); having participated gave me a sense of possessing equity in the neighborhood."

District Leader Corey Ortega (D-Manhattan) said, "We are mobilizing our community to respond to the spree of shootings that took place on West 134th Street. In partnership, with the Block Association Leaders, The Mission Continues, the New York City Police Department, and Councilmember Mark Levine we are launching a series of community events to promote a better quality of life on West 134th Street." 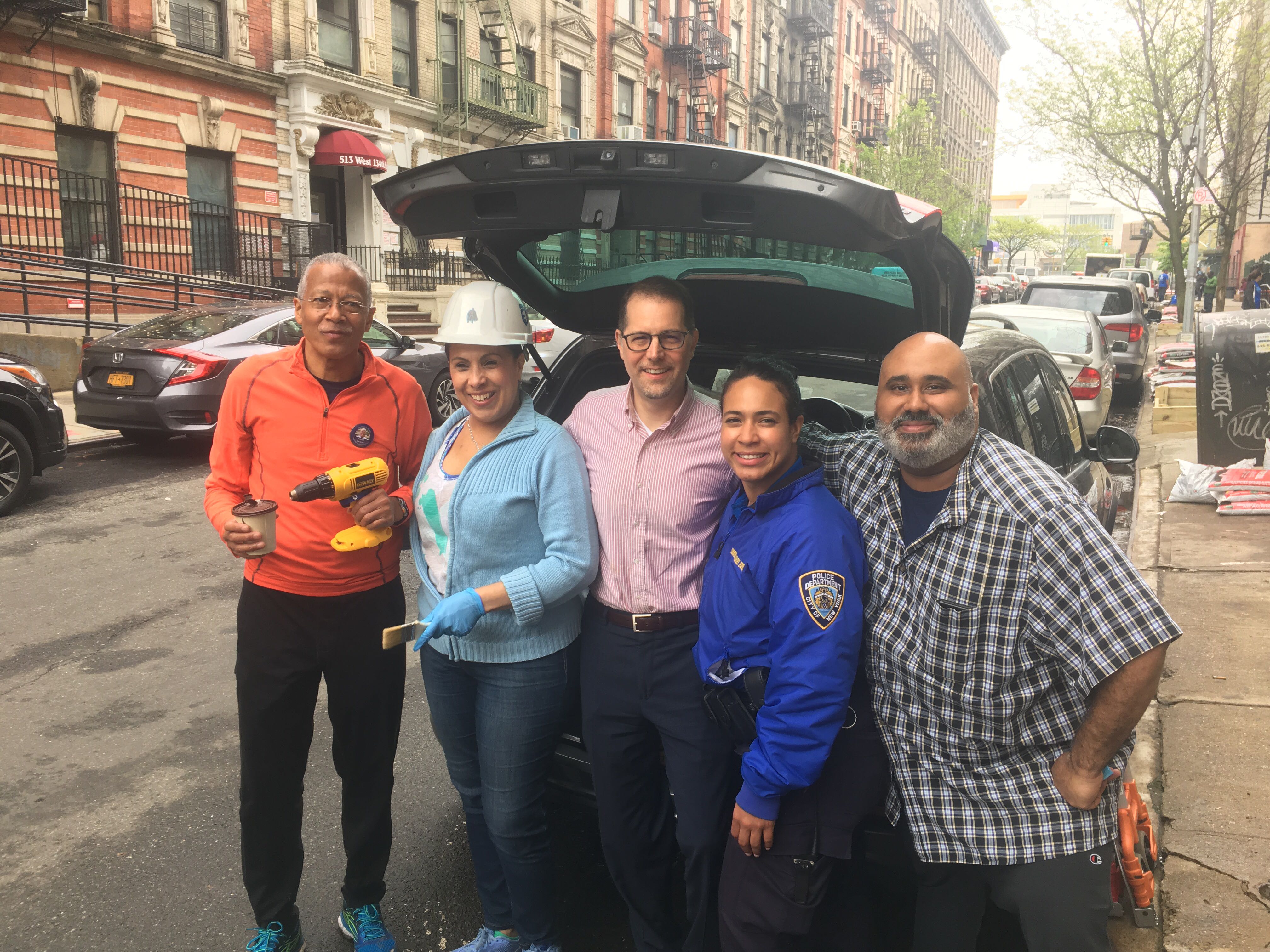 Alongside the beautification project, the NYPD has also placed a number of security cameras and engaged in a series of community meetings with the help of local mediation groups. 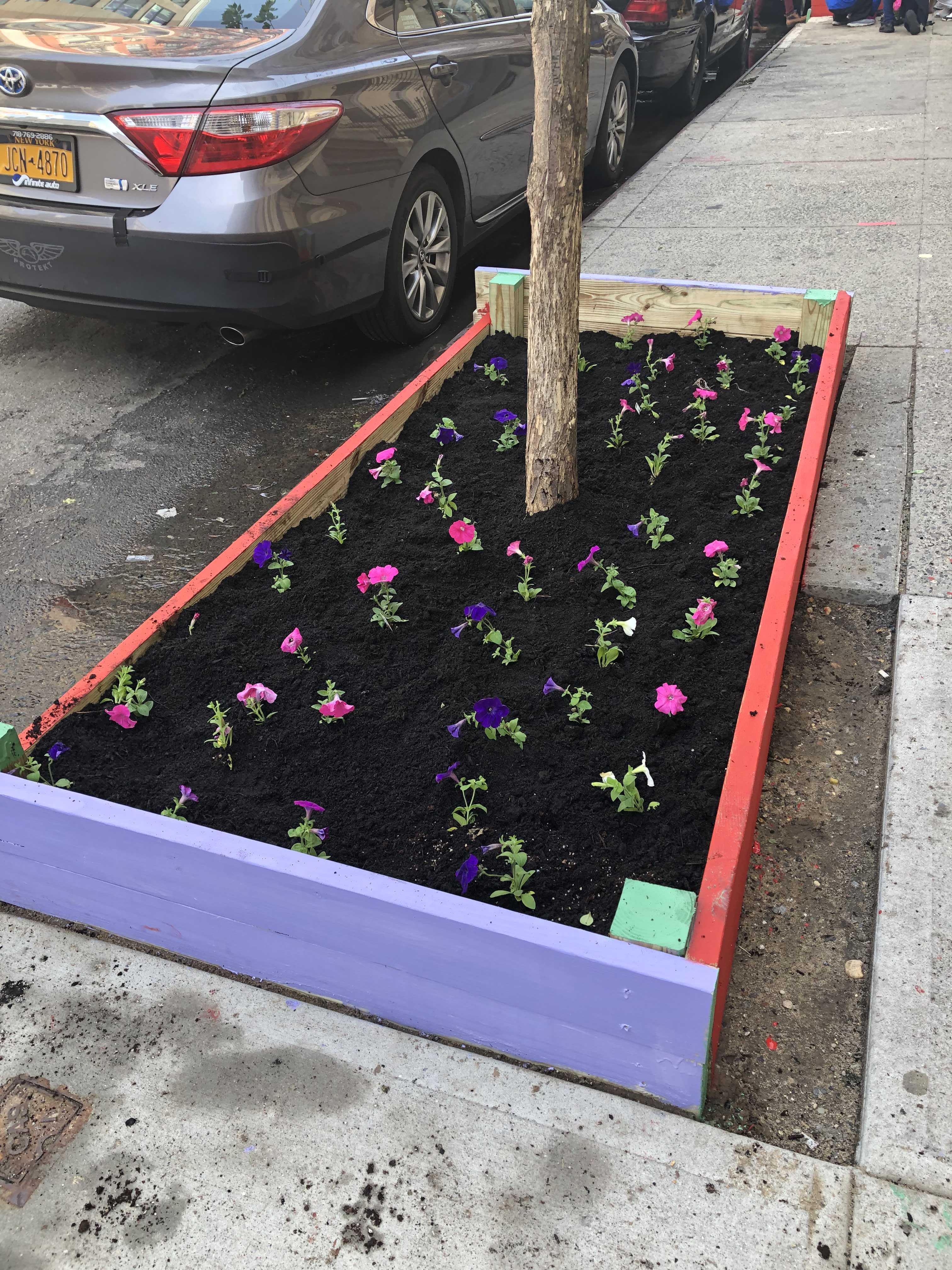