Together with other delegates and facilitators from the city, Gricel helped to rank the submitted ideas by need, feasibility, and impact on the community. The top ranked ideas from this process were submitted to the appropriate city agencies to determine whether they met the eligibility requirements, especially whether or not the agency would realistically be able to complete the project within the budget. After the projects made it through this screening stage, Budget Delegates went through the proposals again and ranked them based on need base status and equitability. After the vetting process was finally complete, 11 projects made it onto the ballot.

Gricel also volunteered as a poll worker to organize and operate a voting site during vote week to ensure that the ballots were made widely available in order to give a voice to as many West Harlem residents as she could. 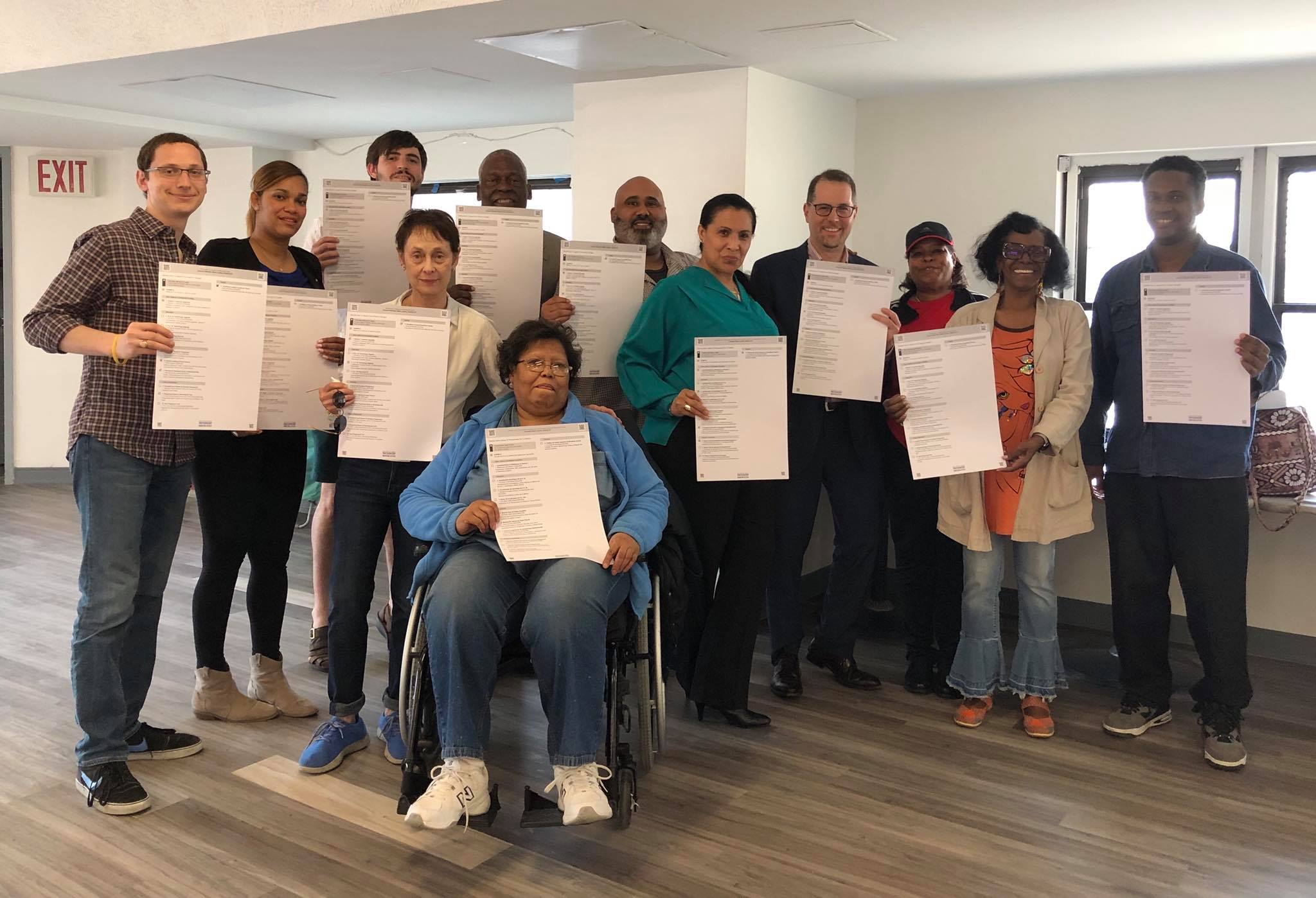 Ultimately, five of the 11 projects gained funding and four of the five fell within the West Harlem community. The project winners include:

The club would like to specially thank Gricel for dedicating so much time and energy towards ensuring that West Harlem received some much needed community improvements. 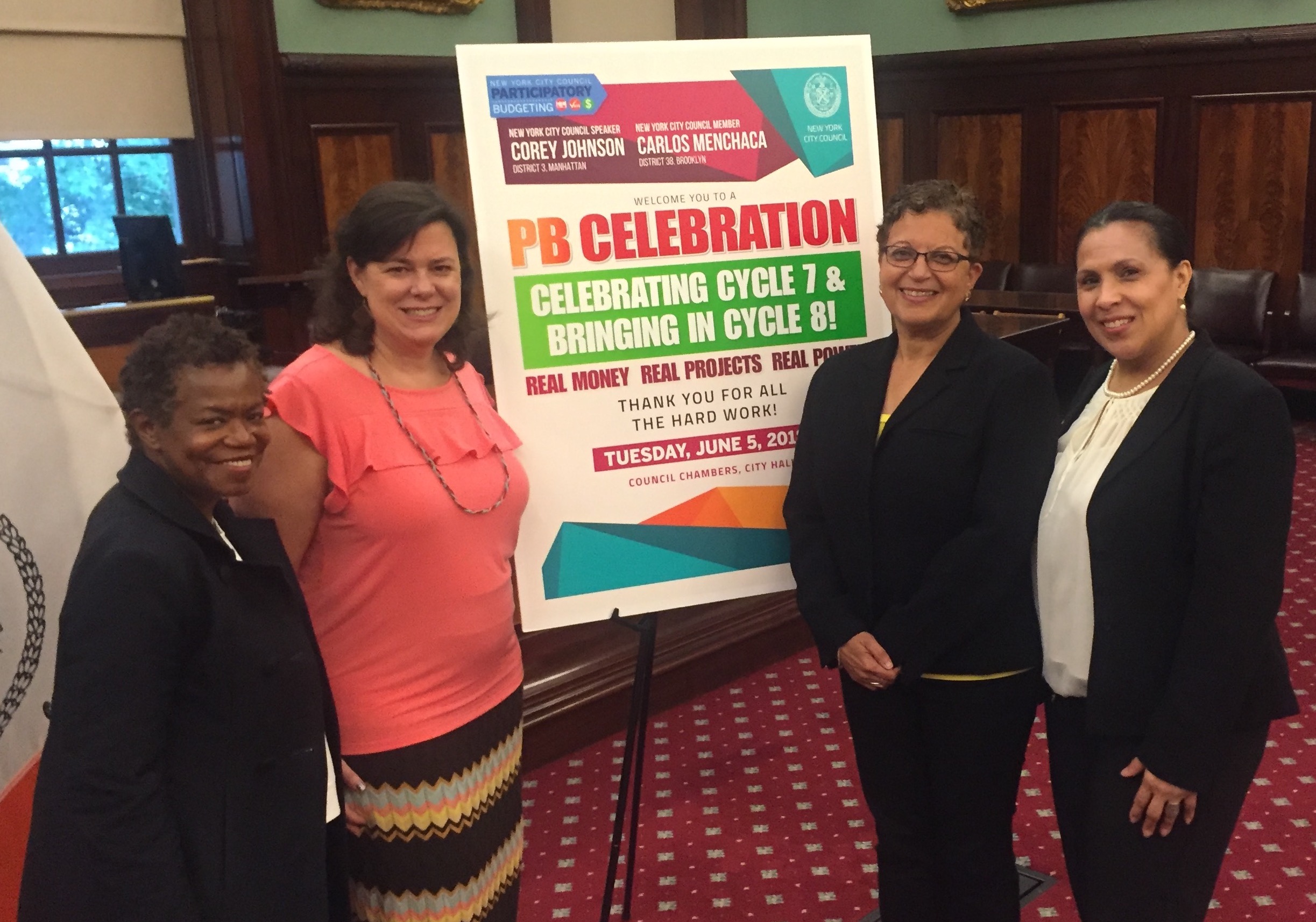 A:  PBNYC recognizes that residents of a neighborhood are best equipped to prioritize the neighborhood’s needs. As such, PBNYC is a unique process that gives NYC residents a say in how they would like a portion of their neighborhood’s tax dollars to be allocated towards projects benefiting the community.  PBNYC empowers individuals, who may be otherwise disenfranchised, to take ownership of their home. Participating City Council Members, including West Harlem’s own Mark Levine (District 7), set aside at least $1,000,000 of their own capital discretionary funds for this purpose.

Q:  What kind of projects can be funded?

A:  Capital discretionary funds are ones that go towards “brick and mortar” projects such as construction, renovation, or repair of city-owned property. Examples of such properties include: public/community spaces, schools, parks, libraries, public housing, etc.

Q:  How does the process work?

A:  In order to make the process fair, City Council Members hold a series of public meetings called “Neighborhood Assemblies” where project proposal ideas are put forth by individuals with a “meaningful connection” to the community. A “meaningful connection” is defined by anyone who lives, works, owns a business, attends school, or is a parent/guardian of a child attending school in the district. These project proposal ideas are placed on an “Idea Collection Map”.  Budget Delegates are selected from the Neighborhood Assemblies to work alongside city agencies, staff, and facilitators to narrow down and fully develop a shortlist of proposals that address important community needs. The budget delegates then present these project proposal drafts to the wider community to take feedback and make revisions. Finally, the project proposals are put to a vote by the residents of the community. The winning projects are incorporated into the respective City Council Member’s spending priorities.

Q:  Who is eligible to vote?

A:  Eligible voters must be at least 11 years old or at least in 6th grade and live within the participating council district.